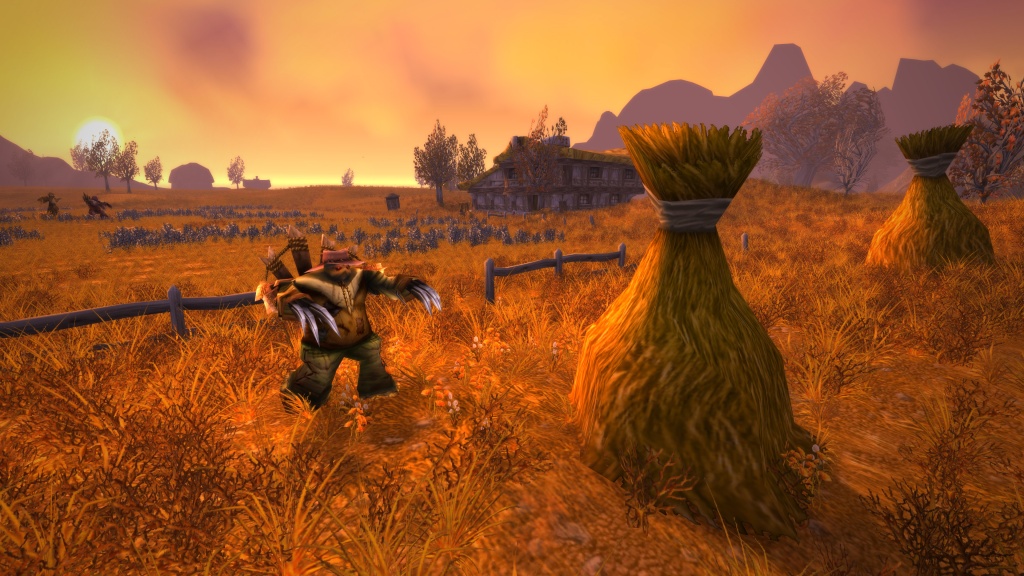 The evolution of MMORPGs over time has been greatly determined by the player base that grew up with the genre. Lengthy grinds, epic quest lines, and day+ long respawn timers have long fallen out of favor for more efficient play, greatly due to the necessary play style changes of now working adults who may once have spent the entirety of their summer vacations glued to their screens.

The re-introduction of WoW Classic turns this completely on its head, and resurrects the early, time consuming principles of MMOs past. As generally requested by players, Blizzard is attempting to keep WoW Classic as true to the mechanics of Vanilla World of Warcraft as possible with a subtle polish. Veteran players know what to expect, assuming they remember correctly, but what interest will Classic hold for new players?

The difference between leveling in WoW Classic and the current retail version of the game will be fairly stark to someone not expecting it. In many current MMOs, leveling to max level, while enjoyable, is typically a short journey made by a powerful character. The end game, max level content is intended to be the core aspect of the game. Classic was not necessarily so. A monster equal to your character’s level will be a roughly equal challenge to you, and will require that you not only use your skills accordingly, but plan your travel route carefully to avoid pulling additional monsters. A stray pull can very easily result in death. The difficulty and time put in to leveling makes it a much larger feature of the game, and each new level feels exciting.

Quests will be somewhat more difficult in Classic. Graded by color, green, yellow, orange and red from least difficult to most, players will have to consider whether they want to expend the time and risk to complete a quest before their level absolutely warrants it. This promotes not only time and risk management, but also social play.

In the retail version of the game, most quests or rare bosses are solo-able. Because this is not so in WoW Classic, inviting strangers you see in the game world to a party to tackle difficult quests together will not be uncommon, and in some cases, will be necessary to continue. Retail currently has a method employed where assisting another player outside of a party will still give you credit- but this will not be the case. Classic requires you to communicate and party up to share experience and loot.

Modern MMOs usually include automated party finders to group players together to participate in dungeons or raids. This is certainly beneficial for players with only a short amount of time to play that would like to experience the content. Classic will not be including this. It will take more time to find a party by reaching out through the chat channel “Looking for Group” and finding other players on your server that are looking to participate in the same content. It is not the most efficient way to play, but playing with other players on the same server will develop social relationships and recognition with each other that is currently missing from the current retail version of the game.

Travel, in general, will be a time consuming feature. Ground mounts will not exist until level 40 at their slowest for those who can afford the gold fee or obtain their mount through class quests. Portals will be near non-existent. The trade off for this is that it makes the world feel more immersive.

Walking out of the fields and into Stormwind and hearing the grand music kick in surely is more awe inspiring than nose-diving max speed into Stormwind Keep from your flying mount and dismount-sliding into the King’s face to pick up a quest and go. It takes time, but eventually this method of travel will teach you the world’s topography like it was your own home town, a familiarity that is lost by max speed overworld travel.

Overall, no, Wow Classic will not be a quick game you can pick up and expect to blast through after work. However, that doesn’t mean that you can’t fully enjoy it in your free time; It just means that the perspective on completion will have to be changed. Logging in to knock out a few quests with a friend will be far a far more reasonable expectation than grinding hard to reach max level in a couple of weeks to start “end game content”.

WoW Classic takes all of the time-centric quality of life updates that have been implemented throughout the years and tosses them right in the garbage. Sometimes, though, it’s nice to hit the reset button and relearn what made us fall in love with the genre in the first place.

For fun, read a short list of complaints that beta testers filed as bugs, that are actually just part of the original game experience. It might put some of this article into perspective!

Did you play the original World of Warcraft? Feel free to share your veteran stories in the comments below. Do you think it was a good idea to release WoW Classic? Do you think it will be as good as you remember the second time around?

Leave a Reply to Can a Free To Play Game Compare to Paid Subscription Models? – Off The Clock Games Cancel reply

Begin typing your search above and press return to search. Press Esc to cancel.